Finnish Lessons (Teachers College Press) was published first time in November 2011. The expectations were not high but there was considerable interest in the United States and especially in Canada to read more about Finnish education system and what might be the reasons for its unexpected performance so far. Global launch of Finnish Lessons took place in Edmonton, Canada, where then-Minister of Education, Hon. Dave Hancock generously gave me an opportunity to walk to the podium and say a few words about the new book that was just fresh out of the press. I probably said more about how similar education policies and philosophies were in Alberta and Finland than I told to a 500-strong audience of Albertan school leaders what my book was all about. Canada has played such an important role in my own understanding of how education systems work and how to change them for better. Finnish Lessons became an immediate hit in Canada, United States and beyond. First print was sold out in three days! A brilliant Foreword by Andy Hargreaves about UnFinnished Business probably had something to do with that. 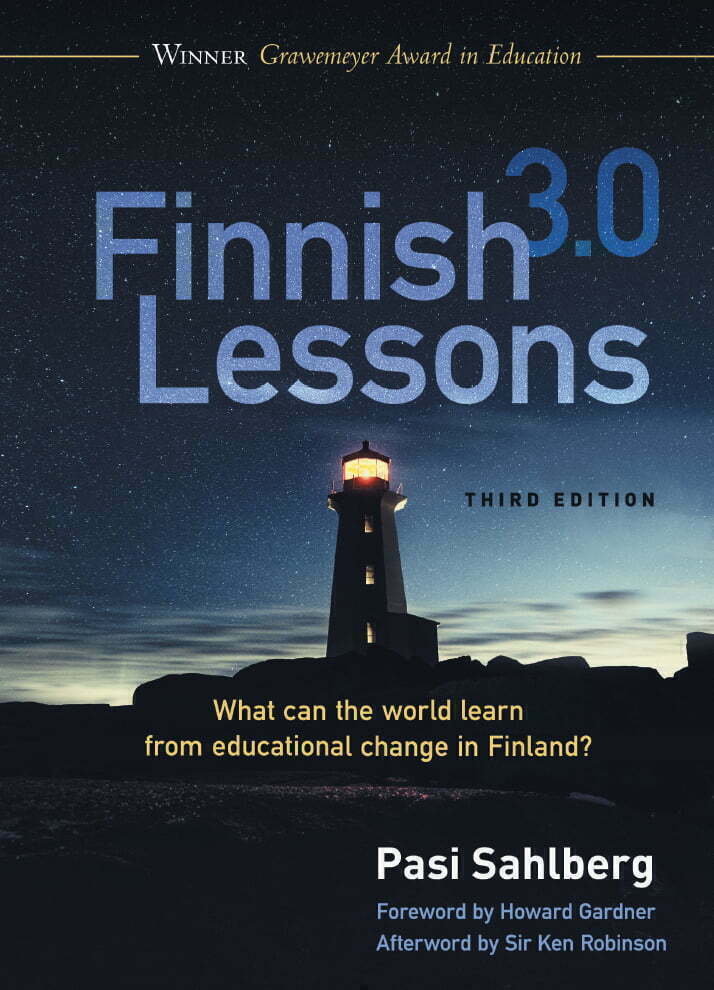 The second edition was published in 2015 and titled Finnish Lessons 2.0. It included updated data and statistics since the first edition. It also added some more information of early childhood education and teacher education. Diane Ravitch added a Preface and Sir Ken Robinson wrote the endnote to that edition. These two editions of Finnish Lessons have been translated to almost 30 languages, including Finnish, Farsi, Azeri, Vietnamese and Thai.

These two editions of Finnish Lessons described how a small Nordic nation built a school system that provided access to a world-class education for all of its young people. Now, there will be third edition – Finnish Lessons 3.0 available on January 8th, 2021. This Grawemeyer Award–winning book I update the story of how Finland sustains its exemplary educational performance, including how it responds to turbulent changes at home and throughout the world. Finnish Lessons 3.0 includes important new material about:

In the midst of national education reforms and global changes driven by public health crises and economic turbulence, Finnish Lessons 3.0 encourages teachers, students, and policymakers to think big and bold when they look for new solutions to improving their schools and entire education systems. This edition provides an even deeper dive into the present world of education in Finland in light of the most recent education statistics and international data, including PISA 2018, TIMSS 2016, and TALIS 2018.

I have been standing on the shoulders of giants in this journey for Finnish Lessons. Two of them are friends and they are with me in this new editions. It is a huge honour to have a powerful Foreword from one of the most influential educator of our time, Professor Howard Gardner. And it is a true privilege to close the book with an afterword from late Sir Ken Robinson who was an inspiration to me and to millions others around the world.

Pre-order your copy here, or buy it in Amazon.