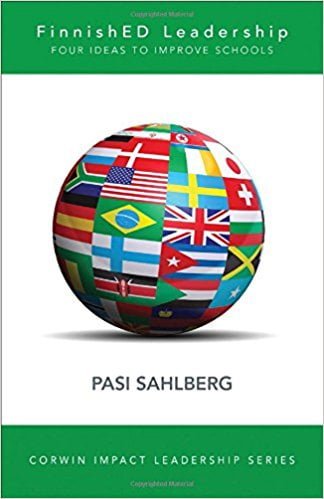 Great leaders are also leading learners. If leaders don’t learn, then the learning in the organizations they lead is not likely to flourish. Good learners take risks when they learn and try out new ways to do things better. This means that leading learners learn how to fail, learn from their mistakes, and continuously improve what they do based on their previous experiences.

What school leaders do reflects the values, beliefs, and cultures embedded in their schools. Leadership cultures in schools vary significantly from one country to another. Since the early 2000s, most of the efforts to explain Finland’s educational success in international assessments have ignored or paid only marginal attention to educational leadership. I would argue, however, that Finland has a unique culture of leadership in general and of educational leadership in particular that deserves to be noted. The four ideas presented in this book are borne from Finland’s brand of leadership culture in education.

In recent years I have had numerous opportunities to host delegations of educators visiting Finland from the United States and other parts of the world. Most visitors return home thinking that they would like to test out in their home schools ideas inspired by Finnish schools. But there are others who think that Finland is too different to serve as a model. Reflecting on these responses inspired me to write this book.

I have often heard the question, “What can I do to incorporate some elements of Finnish education in my own leadership work?” Likewise, I have seen many examples of Finnish lessons applied in other countries. In Japan, I visited a primary school that had adopted the Finnish method of teaching reading (it was called the PISA method). In Italy, I saw schools using mathematics textbooks from Finland (in Finnish!) to teach mathematics (and Finnish) to primary school pupils. In the United Arab Emirates, I witnessed two schools employing Finnish-style pedagogies and school leadership. In the Dallas–Fort Worth, Texas, area of the United States, I saw school districts restructuring their schedules in order to increase time for all children to play outdoors and engage in physical activity during the school day. These initiatives have had various levels of success. Based on my observations and research, I have come to believe that educators who want to enjoy the level of educational success experienced in Finland should focus on four strategies in particular.

In addition to the four strategies presented in the four chapters of this book, it is important to understand that the book is grounded in two important arguments. First, many influential theories, models, and ideas found in Finnish schools were originally formed in the United States by American educators and scholars. Second, there are many good practices and policies in Finland that, if implemented adequately, would significantly and permanently improve education quality and equity in other countries. If this logic is right, then it follows that strategies need to fundamentally change from reform by innovation to development by better implementation.

The four ideas offered in this book are

This book is written to offer school leaders who work at the district, school, and classroom levels practical ideas and policy suggestions. Although there are many references to practices and policies in the United States, the ideas and strategies in this book can be useful in educational systems around the world. Whoever you are and wherever you test out these ideas—remember that to rush educational change is to ruin it.

Order this and other books in this series here or from Amazon.

Previous post The Gonski Institute for Education is up and running